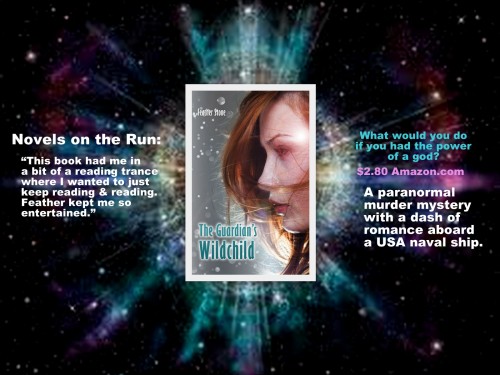 Excerpt Scene: Sidney Davenport has been captured trespassing on Admiral Garland’s naval base, and found guilty of sabotage. Shot trying to escape, she’s about to be transferred for execution.

Sidney was awakened by footsteps approaching her cell. They were pounding, like those of a man strutting and sure of himself. Captain Butchart stopped in front of her cell door, smiling with contempt and satisfaction. With a wave of his hand he dismissed the two security guards.

“Good morning, Miss Davenport. That is your name, according to what you told us when the serum went to work.” Butchart stood tall, his arms across his chest. “No need for further questioning, my dear. Did you sleep well?” he asked sarcastically.

Sidney mustered up some strength. She wondered just how much she’d revealed. Most of the previous day was a blank. Her mind was so muddled she could barely recall how her hand had been injured. She shuffled to the cell door.

Butchart smiled. “So, how is dear old Greystone?”

Sidney was taken aback. “Who?”

“My dear little witch, it became obvious when that bullet wound in your hand was healing so rapidly. Then, too, the serum had minimal effect on your brain, though it just might kill you in a day or so.” He paced a few steps back and forth in front of her cell’s door. “And another Guardian will be eliminated.”

“Frank, Greystone hasn’t forgotten you. Someone will soon come to bring you back home to him.”

“He can try,” he said with a pasted on smile.

Sidney hung onto the metal bars of her cell door. “Tell me, does the admiral know who you really are?”

Butchart pounced at her. “Shut your damn mouth,” he hissed. “So far your father has escaped my traps, but you are finished. None of you are going to interfere with my business here.” He stepped back and regained his military posture. “You’re being transferred to a ship. I’ll personally escort you there and provide Captain Waterhouse with orders to have you executed.”

He stepped up close to the cell door. “And then I’ll have the pleasure of witnessing the bullet turn your little Guardian brain into mush. You’re in no condition to stop a bullet.”

Butchart hauled her outside to the rear of the building and waited as the chopper descended. The captain held a knife against her ribs. “If anything out of the ordinary happens, anything at all, the slightest tremor in the chopper’s engines, you’re dead. Is that clear?”

Sidney nodded. Stumbling toward the chopper, she struggled to focus. The drug in her blood was again creating a dense mental fog. She felt her body gradually giving in to its poison. Dust rose and swirled with the force of the blades whipping through the air. Bits of grit stung her face. The captain shoved her through the doorway of the chopper and strapped her into a seat.

3 thoughts on “Witness a bullet turn your little Guardian brain into mush.”